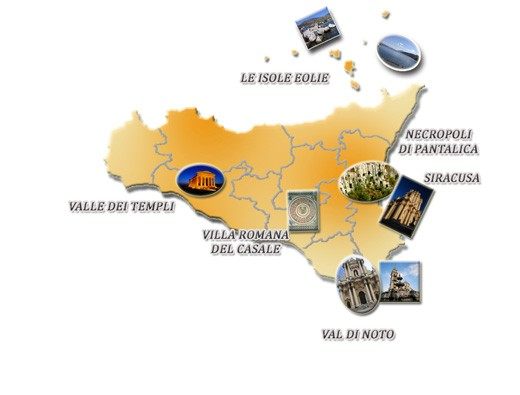 Sicily is home to the largest number of UNESCO World Heritage Sites by region in Italy. This is the complete list:

The villa del Casale in Piazza Armerina , since 1997;

Archaeological and Landscape Park of the Valley of the Temples in Agrigento , since 1997;

The historic center of Syracuse and the Necropolis of Pantalica , since 2005.

The possibility of registering the historic center of the city of Palermo , and numerous monuments of the Trapani area are also being discussed: Erice , Mothia and Segesta (the lands of the Elimi) and in 2009 there was discussion on a possible candidacy of the Castello della Colombaia in Trapani. , and the Scala dei Turchi geological site.

The unique areas in the world